After Donald Trump’s inauguration as President of the United States, the White House Press Secretary, Sean Spicer, held a press briefing and angrily accused the media of deliberately underestimating the size of the inauguration crowd, stating that it was the “largest audience to ever witness an inauguration – period…”. To back up his claims, Spicer (who was subsequently – and mercilessly – parodied by comedienne Melissa McCarthy on the US comedy show Saturday Night Live) claimed that 420,000 people rode the Washington DC Metro on inauguration day in 2017 compared to 317,000 in 2013. This statement led to a series of highly public (and, to the casual observer, highly amusing) arguments between the press and the White House staff about the meaning of the words ‘truth’ and ‘facts’. When Spicer quoted the number 317,000, he was attributing it to Barack Obama’s 2013 inauguration, and it was a correct number, although it was cherry picked. 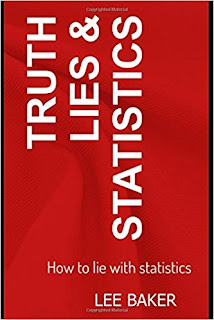 Popular posts from this blog

Press on the picture 2 Purchase, Or to Know More..Click ■■■■■ Instagram Tips: Snap-happy Marketing Strategy Instagram has taken the world by storm since launching in October 2010. Hundreds of millions of people use Instagram as a way to transform everyday photos and videos with filters and frames, into memory-laden content, which can then be shared with the world. Chances are that snapshots and recordings of your brand are already on Instagram, and all of this content acts as authentic peer-to-peer endorsements of you - essentially free advertising. Press on the picture 2 Purchase. ■♡♡♡■ With a sound strategy of your own, you can only help to compound this effect, increasing brand loyalty and driving sales as a result. Some have even dubbed Instagram "The World's Most Powerful Selling Tool," such is the level of passion its users show. They’re young, they’re engaged, and many of them are shoppers. Note: While this chapter references Inst
Read more

khdd350
MONTREAL, QC, Canada
Business, Marketing and Entreprenure is my Sunny day to do my DREAM, Teach my way to success on any project of Business, come with me..